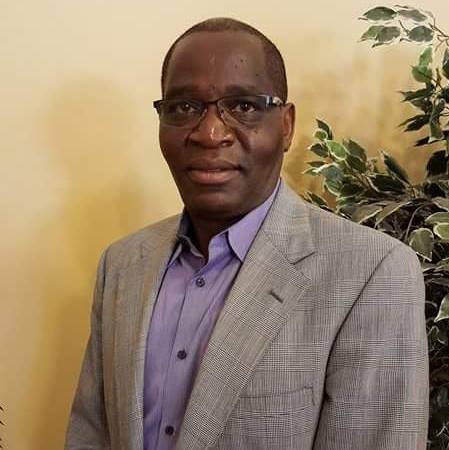 Peter is second born in a peasant family of nine children in Kenya. His large family and poverty were the major reasons for his delay in furthering his education as he grew up. After graduating from high school at the age of 20, he had to wait for 25 years to start his college education. During this time, he helped his father to educate his siblings. Peter learned the art of servant leadership while taking family responsibilities at an early age, though nobody had taught him about it. Peter lives in Nairobi, Kenya with his wife; Jane. They have three young adult children.

While in college (USA), Peter discovered his vision was to transform leadership in his own country-Kenya. With the help of his friends in the US (Mike Gaetke; email:mike.gaetke@adamoconstruction.com and Tory Walker, Email: tory@trwengineering.com ) they co-founded Africa Servant Leadership Development Initiative {ASLEAD} (www.AfricaServantLeader.com), a 501 (c) (3) non-profit organization to facilitate his vision and mission in Kenya.

In Kenya, Peter founded Transitional Leadership Development (TLD) a registered Non-Government Organization. Under Peter’s dynamic leadership, since May 2011, TLD has organized and facilitated 18 leadership seminars and conferences in 12 counties in Kenya. Since he launched his dream in Kenya, 2,850 key religious and community leaders as well as government and political leaders have received servant leadership trainings.

After his graduation last year in 2015, he returned to Kenya to further the work of his vision. While in Kenya he got an opportunity to give a speech on servant leadership in one of the largest universities in Kenya. He was privileged to be hosted on leading TV and radio stations to discuss leadership crises in Kenya. These opportunities provided him a good platform to be known by large organizations and senior personalities in Kenya. In a period of six months Peter facilitated four servant leader conferences and four workshops. Two of the workshops were hosted by the Makueni county governor (Proffesor Kivutha Kibwana), who soon after allocated him a three acres of land to build an Institute for leadership development. Seeing the zeal Peter has for leadership transformation in a corrupt society, the Governor has told Peter he has his full support to achieve his vision.

Peter is now raising support to fulfill the vision, Africa Servant Leadership Development Institute.” the construction work is planned to be completed in phases.

What has been accomplished:

Phase One:  Cost was covered by the sale of Peter’s family car. Peter is now raising funds for Phase Two as per items shown below. Note: During the ground breaking ceremony the TV station that hosted Peter would air the ceremony live for four hours at a discounted rate. This will provide a great opportunity for Peter’s vision to be known not only within East Africa, but also throughout much of Africa. This will also serve as an opportunity to advertise the Institute widely. Peter’s plan is to have the first class open for students in the fall of 2017. Already the county Governor has told him his government would sponsor most of his 3000 staff to do servant leadership courses from the Institute {ASLEAD}.

Would it be amazing to know that your participation in the Africa Servant Leadership Development Institute directly impacted the life of a future leader; a governor or president of my country? That would be great to see a servant leader lead our Country.

Peter’s passion is helping leaders use their leadership skills more effectively as servant leaders. Peter has a talent for teaching and coaching leaders to cut through conventional norms of leadership and just lead as servant leaders. He is a resourceful project leader with a sound and optimistic outlook for a dynamic Servant Leadership. Peter possess an excellent ability to motivate leaders to rise above mediocrity.